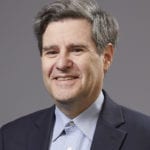 Dr. Weiss is the author of over 500 papers and book chapters, as well as over a dozen books, including an AFIP Lymph Node Fascicle, Applied Immunohistochemistry, Lymph Nodes, and Knowles’ Hematopathology. His laboratory discovered the first molecular evidence linking the Epstein-Barr virus with Hodgkin Lymphoma.

He has won numerous awards, including the Benjamin Castleman, Arthur Purdy Stout, and the United States-Canadian Academy of Pathology Young Investigator Award, and has delivered more than 250 national and international talks in pathology, including several named lectureships. He is on the editorial board of ten scientific journals, and is a past President of the Los Angeles Society of Pathologists. He has been listed in the book The Best Doctors in America since 1994. Dr. Weiss’s diagnostic interests lie in lymph node pathology, adrenal pathology, solid tumor pathology, and immunohistochemistry.